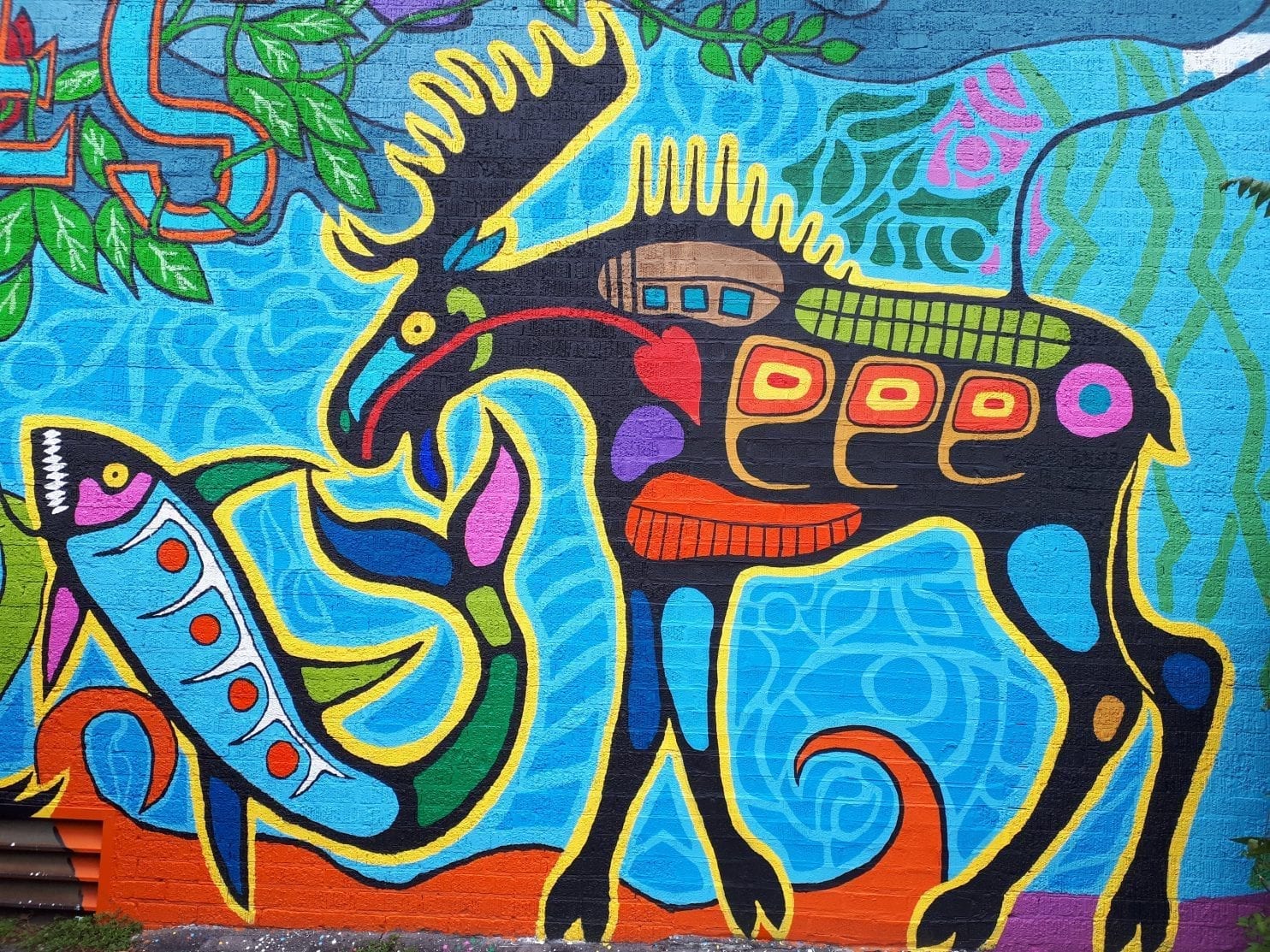 For the last four month, during a record heat wave followed by a week of rain, we have watched the creation of a new mural on a large 24 foot by 106 foot wall at the corner of Garden and Roncesvalles Avenue. Locals, visitors and users of the bordering Bike Share Station have seen the brightly coloured elements and symbols emerging amidst scaffolds and tents, accompanied by buskers and a growing contingent of sparrows and fellow urban creatures. Local mural artist Jim Thierry Bravo has completed his portion. Lead artist Philip Cote and his assistant Nelly Torossian continue to work hard to complete the remaining third of the mural, encouraged by the positive response of enthusiastic onlookers. 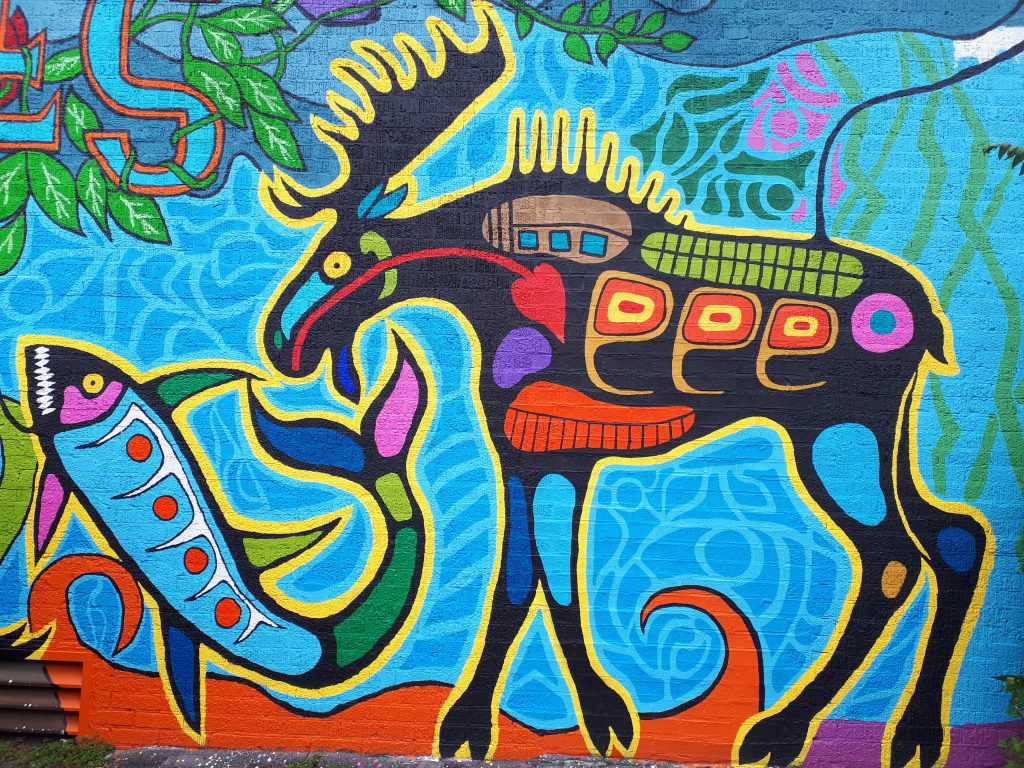 Detail of First Peoples Leading to the 8th Fire, a mural in progress at Garden and Roncesvalles by lead artist Philip Cote and local artist Jim Thierry Bravo. This section accounts for 1/15th of the wall.

The design concept of the mural reflects the thematic framework set out by our BIA’s Street Advisory Committee. These themes include: Nature in the City, the Urban Community, and the interconnected concepts of Legacy, Sustainability and Stewardship.

We have stories of prophets who came to the people a millennium ago to give visions of the future that would come in stages called the Seven Fires. In recent times there has been a talk of an Eighth Fire in which the ancestor prophets say that to light the Eighth Fire Indigenous People will come forward with their knowledge connecting with the western knowledge and from this union a new people will emerge lighting the Eighth and final Fire. This will begin the golden age of peace.

My work reflects this same importance of sharing the story of ancient Anishinaabe footsteps that crossed Roncesvalles in days gone by. It’s inspiring to know that we the Anishinaabe Peoples are still here sharing stories/oral histories much as our ancestors did for thousands of years and thus bringing the values of our culture into the present day …