The Seventh Fire Prophecy and Lighting The Eighth Fire

Prepared by Philip Cote in reference to The Mishomis Book – The Voice of the Ojibway by Edward Benton Banai.

We have stories of prophets who came to the people a millennium ago to give visions of the future that would come in stages called the Seven Fires Prophecy. In recent times there has been a talk of an Eighth Fire in which the ancestor prophets say that to light the Eighth Fire Indigenous People will come forward with their knowledge connecting with the western knowledge and from this union a new people will emerge lighting the Eighth and final Fire. This will begin the golden age of peace, explains lead artist and Indigenous art & history educator Phil Cote.

…The Seventh Prophet that came to the people long ago was said to be different from the other prophets. This prophet was described as “young and had a strange light in his eyes” and said: 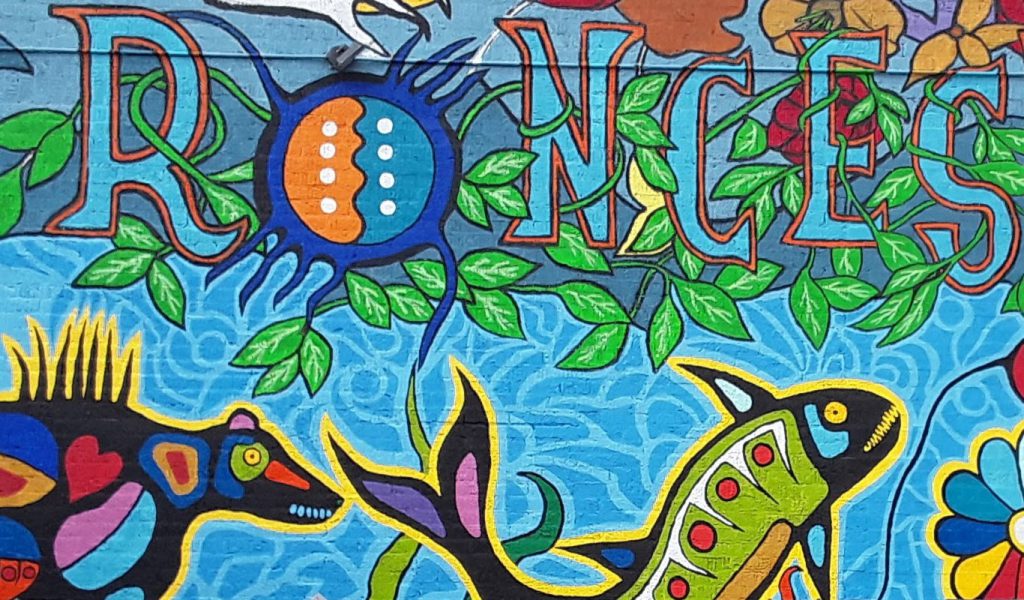 If the New People will remain strong in their quest the Water Drum of the Midewiwin Lodge will again sound its voice. There will be a rebirth of the Anishinabe Nation and a rekindling of old flames. The Sacred Fire will again be lit.

It is this time that the light skinned race will be given a choice between two roads. One road will be green and lush, and very inviting. The other road will be black and charred, and walking it will cut their feet. In the prophecy, the people decide to take neither road, but instead to turn back, to remember and reclaim the wisdom of those who came before them. If they choose the right road, then the Seventh Fire will light the Eighth and final Fire, an eternal fire of peace, love brotherhood and sisterhood. If the light skinned race makes the wrong choice of the roads, then the destruction which they brought with them in coming to this country will come back at them and cause much suffering and death to all the Earth’s people.

Back to Mural Resource Page