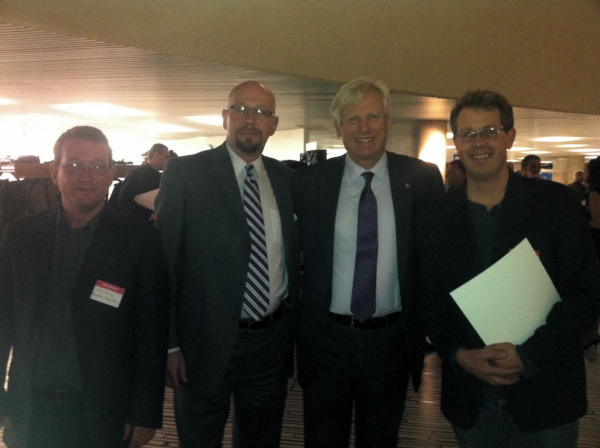 On November 16 there was a brief ceremony at City Hall to thank the hard-working volunteers of City of Toronto agencies, boards and commissions. Many hundreds of people volunteer their free time to serve on various boards, including those that govern the 72 BIAs in Toronto.

Outgoing mayor David Miller thanked the assembled people for their freely given time and labour to work to make Toronto a better place, and specifically mentioned BIAs as being a tremendous asset to the City, and one of Toronto’s greatest exports. (As you may know, the world’s first BIA was established in Bloor West Village in 1970.)